Bariatric surgery is constantly evolving. Once cutting-edge procedures are now considered to be routine; and new procedures and techniques are being researched and implemented every year. From the most minimally invasive surgical procedures to the most complex, there is a surgery to address most needs. Some of the most commonly performed surgeries are as follows:

Gastric bypass is widely considered to be the gold standard in bariatric surgery procedures because it offers a patient a high degree of weight loss and disease resolution potential and has a long track record.1 Gastric bypass involves both the cutting of a portion of the stomach, creating a small stomach pouch and the re-routing of the small intestine. This surgical technique creates weight loss potential by restriction of quantity (small pouch) and malabsorption of calories (re-routing of the intestines). While the procedure provides the potential for excellent weight loss, it is also the most complex of the three most common bariatric surgeries, Roux-en-Y Gastric Bypass, Gastric Sleeve, and the Gastric Banding. Today, gastric bypass is performed laparoscopically or robotically using tiny incisions rather than the traditional single, large incision in the abdomen. Learn more about gastric bypass by clicking here.

When gastric bypass is performed robotically, this refers to a laparoscopic (small incision) approach with the aid of a surgical robot. With this option, the surgeon controls the robot remotely and their hand movements are translated to the robot with amazing precision. Combined with an incredible field of vision offered by the robot’s high definition camera, this procedure offers many benefits.

Gastric banding surgery is otherwise known as the Lap-Band® or Realize Band procedure. Restriction is provided by a silicone ring wrapped around the top of the stomach. The band is then tightened, forming two interconnected stomach chambers. The smaller top chamber becomes a primary receptacle for food and its size allows the patient to eat less food and feel full sooner. Consequently, patients lose weight at a steady pace. The band is both adjustable and removable as needed. Learn more about the gastric band / Lap-Band® by clicking here.

The gastric sleeve procedure has gained in popularity over the last 5-10 years. Formerly, the gastric sleeve technique was used as the first part of a two-stage surgery for those who were extremely obese, i.e. with BMIs of over 60. The second stage of the procedure would have usually been a duodenal switch.

Over the years, however, it became obvious that the gastric sleeve is an effective weight loss procedure on its own. As a result, surgeons began to perform the gastric sleeve as a standalone procedure. The gastric sleeve offers weight loss and disease resolution results between that of gastric banding and gastric bypass.1 It is widely used and has become increasingly popular as a result of its simplicity. During the procedure, the surgeon cuts away a portion of the stomach, leaving a sleeve-shaped pouch in its place. The new stomach, about the size and shape of a banana, can hold less food, therefore, causing patients to lose weight due to restricted quantity. Learn more about the gastric sleeve by clicking here.

The duodenal switch creates both a restrictive and malabsorptive element for a great degree of weight loss. During the first part of the procedure, about 70-80% of the stomach is removed, similar to a gastric sleeve. During the second part, a significant portion of the small intestine is diverted, leaving two “loops.” The digestive loop transports food from the stomach into the common intestinal tract, while the biliopancreatic loop takes bile from the liver and brings it to the common intestinal tract. The bile and food mix briefly before entering the large intestine. In this procedure, the pyloric valve from the stomach to the small intestine remains intact. This prevents dumping syndrome – an uncomfortable side-effect of gastric bypass. Because of the complexity and potential nutritional effects of the duodenal switch, bariatric surgeons will carefully select patients with higher BMI’s and more severe medical problems for this procedure. Learn more about the duodenal switch by clicking here.

Greater curvature plication was offered as a potentially less invasive option for weight loss and involved no cutting of any part of the stomach or intestines. Rather the stomach was folded in on itself and sutured or clipped in order to create a smaller vertically oriented stomach pouch much like a gastric sleeve. In theory, complication rates should have been reduced, while weight loss potential should have remained similar. Once the stomach has been folded in on itself, its surface area becomes significantly smaller and patients consume less food, thereby losing weight. Gastric plication is not currently covered by insurance plans and is still being investigated for long-term benefits.  Learn more about the plication by clicking here.

Not every surgical procedure is successful, and as a result, some procedures may need to be revised. Revisional procedures are only performed when there is a medical need because they come with a higher potential for complications than primary bariatric surgical cases. If you have had a weight loss surgical procedure and you believe you are not losing enough weight or you are having complications, contact your surgeon to determine next steps and to learn more about revisional surgery if your surgeon feels this surgery is right for you. Learn more about revisional procedures by clicking here. 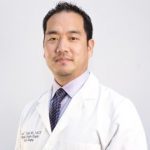