Its wider adoption has encouraged most insurance companies to cover the procedure as a viable surgical intervention for obesity. 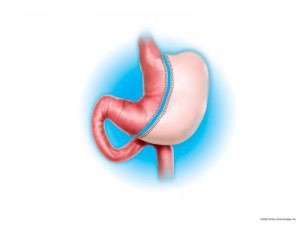 The gastric sleeve works by cutting away approximately 70% to 80% of the existing stomach in a vertical manner. What’s left looks much like a sleeve, hence its name. The newly formed stomach is stapled to seal it from leaks. The portion of the stomach that is cut away is removed from the abdominal cavity unlike in gastric bypass.

The final gastric pouch is about the size and shape of a banana, and as a result of being much smaller than the original stomach, it limits the amount of food that a patient can eat after surgery, resulting in weight loss potential.

Much like other modern weight loss surgery procedures, the gastric sleeve is performed laparoscopically, meaning that rather than using the large single incision of old, five small incisions are made in the abdomen. These incisions allow the medical devices to be passed through trocars, specially-made ports acting as passageways into the abdomen.

Surgery usually lasts less than 1 to 2 hours and, when cleared by their doctor, patients can often leave the hospital the next day and return to normal  non strenuous activity within 1 week.  Actual recovery times will vary between patients.

Learn more about this Procedure: 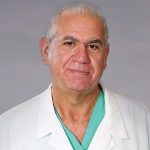