The traditional sleeve gastrectomy procedure, also known as the gastric sleeve, has become the most popular bariatric surgical procedure in the United States over the past decade or two. During the procedure, a significant portion of the stomach is separated and removed from the abdomen along what is known as the greater curvature. The result is not only a restrictive bariatric procedure but also one that induces hormonal change to minimize hunger.

The endoscopic sleeve gastroplasty was invented with the goal of ever less invasive bariatric procedures. This endoscopic procedure resembles a gastric sleeve in the restrictive function of the procedure but ultimately uses a very different mechanism to get there.

How the Endoscopic Sleeve Gastroplasty Works

The endoscopic sleeve is performed so that no part of the abdomen is cut to access the stomach. Instead, a flexible tube known as an endoscope is passed through the mouth down the esophagus and into the stomach. During the procedure, the endoscopist, usually a bariatric surgeon, will suture the stomach, creating a sleeve in which the sutures downsize the stomach by folding it over itself.  The useful stomach looks very similar to a traditional surgical gastric sleeve procedure. However, the non-functional part of the stomach is not removed and remains in the abdomen.

The endoscopic sleeve is performed under general anesthesia and on an outpatient basis. This means patients can leave the surgical facility the same day their procedure is performed.

Since the procedure is performed endoscopically, patients have a much lower risk of infection, blood loss, pain, and other risks inherent to a surgical procedure. Further, the recovery time is significantly reduced when compared to surgery.

Considerations of the Endoscopic Sleeve

Of course, any weight loss procedure is not without risk, and the endoscopic sleeve is no different. Patients will have all the risks inherent to endoscopic procedures, including potential damage to the esophagus. However, these risks are managed and mitigated by employing an experienced surgeon or endoscopy specialist. Further, the sutures in the stomach may fail, which would ultimately require follow-up surgery. Otherwise, the likelihood is that patients will regain the weight that they lost.

Another significant consideration of the endoscopic sleeve is that, unlike the surgical sleeve, the fundus of the stomach is not removed. Therefore, patients will not receive the hormonal benefit they would with the surgical gastric sleeve. There are two sides to this coin, however. While ghrelin, the hunger hormone, is suppressed for up to two years during a surgical sleeve, there is evidence to show that after this time, its production begins to increase again, and patients may lose some of the hormonal benefits of the sleeve.

Visit our surgeon directory to find a practitioner in your area that offers endoscopic sleeve gastroplasty. 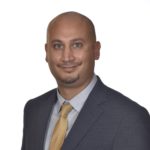