The Effects of Obesity on Bone & Joint Health

We all know of the significant risk of obesity as it relates to a wide range of serious diseases. Often glossed over, however is one of the most physically painful parts of obesity – the impact that it has on our musculoskeletal system – the bones, joints and muscles. The back, hips, knees, ankles, shoulders and elbows can all be affected by excess weight and obesity. Even small fluctuations in weight can have a big effect. Learn more about the effects of obesity on your joints. It is estimated that joint issues affect up to 37% of adults over the age of 60, and admission to hospital for osteoarthritis, in particular, has doubled between 1993 and 2006.

Our joints are built to carry weight, but in instances of significant excess weight, the joints begin to stress and degenerate. In our younger years, we can often handle the stress, however as we age and our bodies naturally weaken, the effects of this excess weight become more pronounced – usually in the form of pain.

This extra stress begins to wear down cartilage, the protective barrier between bones. As the cartilage degrades, we develop osteoarthritis (OA), and ultimately bone-on-bone rubbing, which causes significant pain and even disability. Further, tendons can become inflamed due to the extra stress placed on them, which ultimately creates additional pain.

Visceral adipose tissue, the bad fat commonly associated with obesity and increased abdominal girth, can even affect joints in a hormonal and chemical manner. This fat is associated with the secretion of pro-inflammatory cytokines which hasten the breakdown of joints and further contribute to OA.1

Joint degradation and associated problems are permanent. If osteoarthritis is due to weight related issues, losing weight is the single best way to slow or stop the progression of this degeneration. However, this must be done early on to minimize the risk of long-term chronic pain and eventual surgical intervention.

And while joint replacement surgery has now become routine, it still comes with significantly higher risk for those who are suffering from obesity. Further, obese patients who undergo a joint replacement, but do not lose the weight, risk premature failure of the new joint. In fact, many joint replacement surgeries are postponed due to a patient’s weight and comorbidities such as diabetes. This is not only due to the greater likelihood of long-term failure of the hardware, but also because the operative risk of an obese, diabetic patient is significantly higher than one who has lost weight before surgery.

Unfortunately, with the rise in obesity across all age brackets, we are seeing a commensurate increase in younger patients that require total joint replacements. 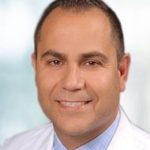